Setup registration of stop when no production, only start after an amount of production has happened

Go to the Configuration->Data source page:

Select the unit you wish to setup the registration for(The units here are examples and are different from yours):

Select Stop when no production, X Count before start: 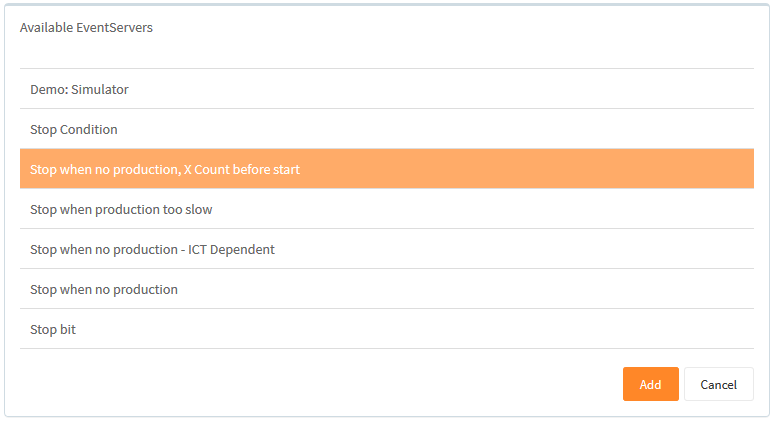 Configuration of Stop when no production, X Count before start

A unit has had its last production activity 40 seconds ago, the Inactive time is set to 30 seconds and the initial stop is set to 10 seconds. This means that the production is considered to be stopped for seconds:

Example - Time limit within the production count must be:

Say that you set Min Production count before stop ends to 3 and Time limit within the production count must be to 10 seconds, this will mean, that the stop will only end if there has been a production of 3 or more and the first and last production was within 10 seconds of each other.

Example - Configuration of Stop when no production, X Count before start

Select a name for the event server, that is collecting the data. Here we called it "production_activity count 3 within 10 sec before start":

Set how long a small may last in seconds. Stops that last to this period and not longer, are consisted small stops. Here we sat it to 30 seconds:

(You can type in this box to quicker search for the tag): 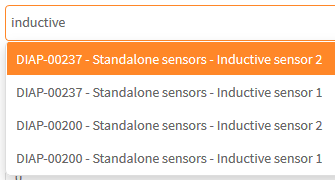 Set how much time in seconds since the last production activity, for the production to be considered stopped. Here we sat it to 30 seconds:

Set how long the stop start to be in seconds, when the production is stopped:

When you are done, the configuration should look something like this(But with your values): 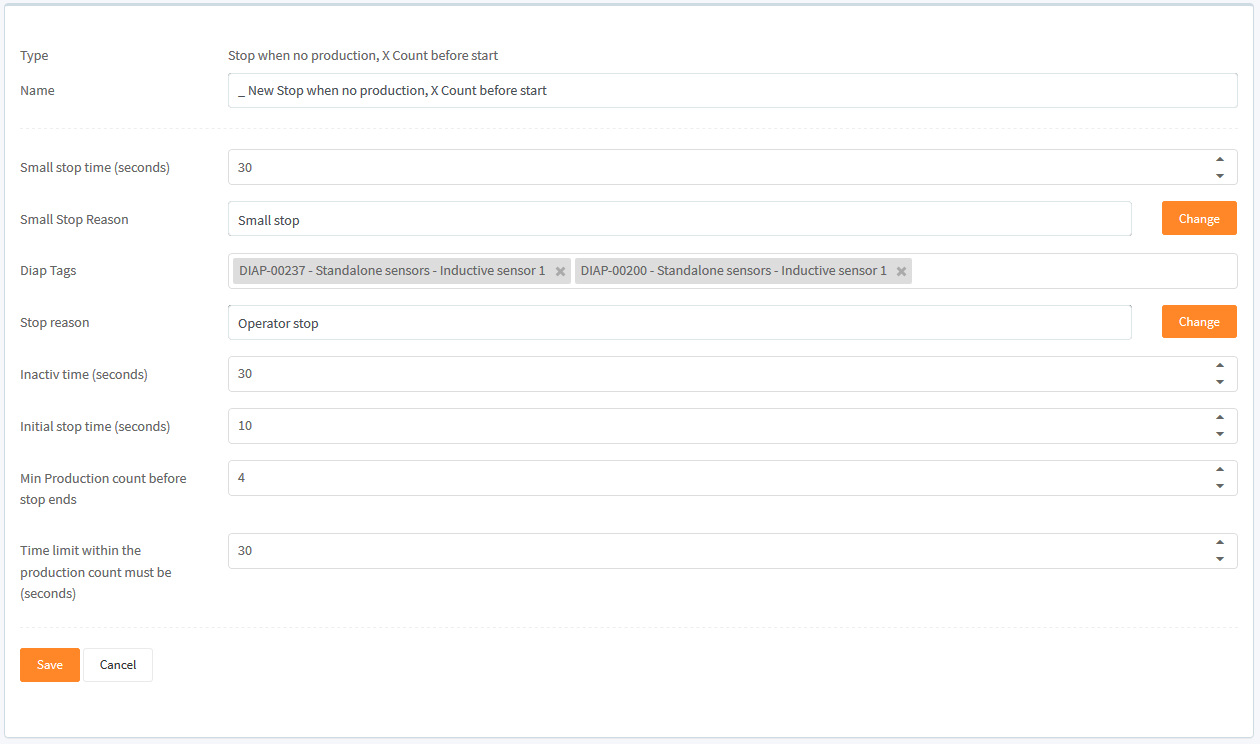 Now you have a configuration for checking production activity on one or more DIAP tags to approximate the state.

When you have made your configurations in the Data source, then you need to start the event server for the configuration, so the data get collected.

Click the switch for the event server with the configuration:

Then the light turns green and the Last run timestamp is updated, when your event server has run your configuration for the first time:

That it. Now your configuration are done and you are collecting data.