The following updates have been added to OEE application.

1. Use external emails in subscription 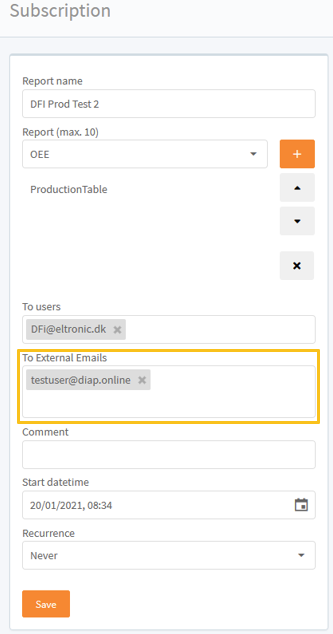 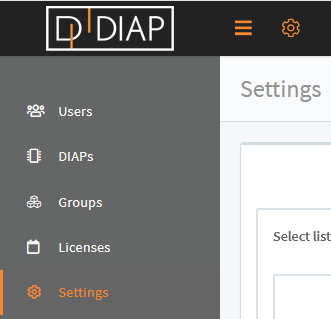 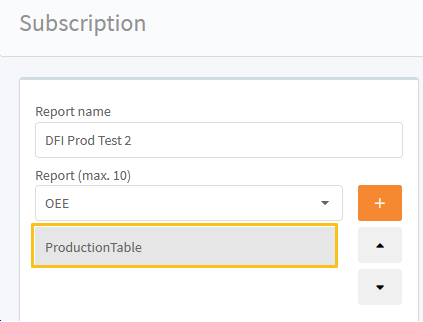 Select your Units, Period and Interval, the report, should cover: 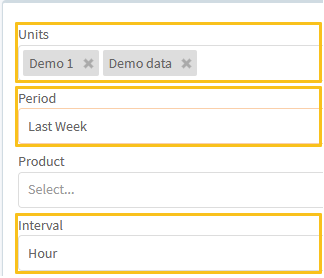 You can filter the result on the products, you are interested in:

You can have up to 5 series in a report. There are 2 serie types OEE and Live. The OEE serie presents OEE numbers and OEE related numbers and the Live serie present the data collected from a DIAP tag: 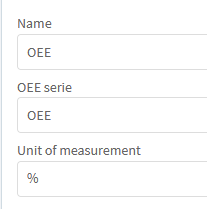 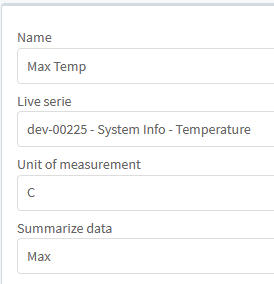 In the mailed report, the header of the report will show the period, that is covered, the interval that the period in sliced into and the products, that the data is filtered after if used. The data will be shown in a table. Each series will be represented by a column in the table, the name of the series will be in the header of the table and if it is a Live series, the summarize function will also be shown in the header. The unit of measurement will be shown after the number in the table if used. 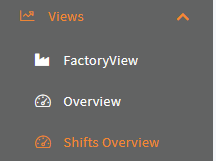 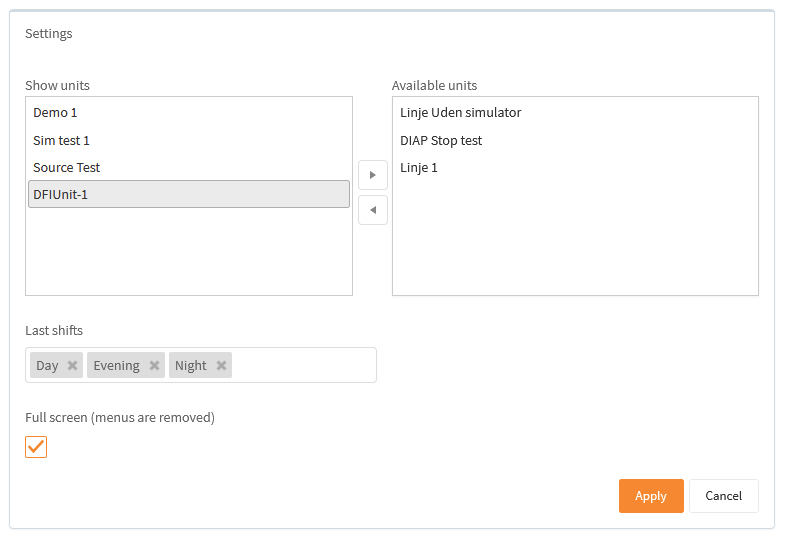 The Last shift table shows the OEE number for a last shift on a unit. The cell color is green, if the cell value is equal to or greater than the OEE target for the given unit, if it is less, then the cell color is red:

(Blank cells means, that the given shift type, isn't setup in the shift schedule for the unit)

The Current shift table shows the state on a unit by the cell color. Green is shown when the unit is running, red is shown, when it stopped in a PlannedStop or UnplannedStop and yellow if it is in a InfoStop. The color can also be the stop causes color. See Use stop cause as state color:

You set OEE target for a unit in Configuration->Units. 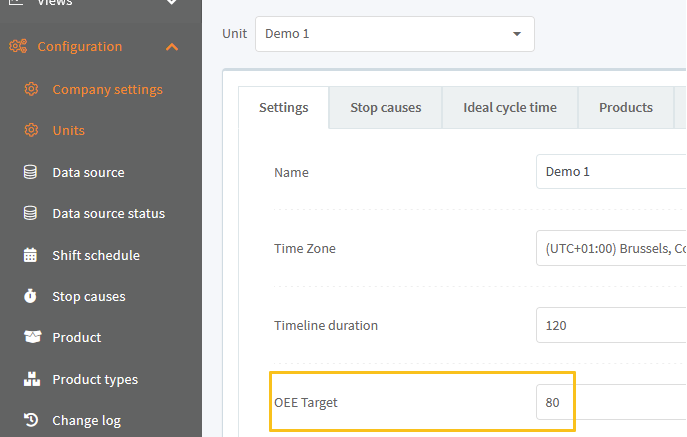 4. Use stop cause as state color

Setting this to Yes, will have a unit use the stop cause's color in its state, when it is in a stop of that type.

You can see this in Views->Operator:

This will break the line in the grid view and show the following unit on the next line. 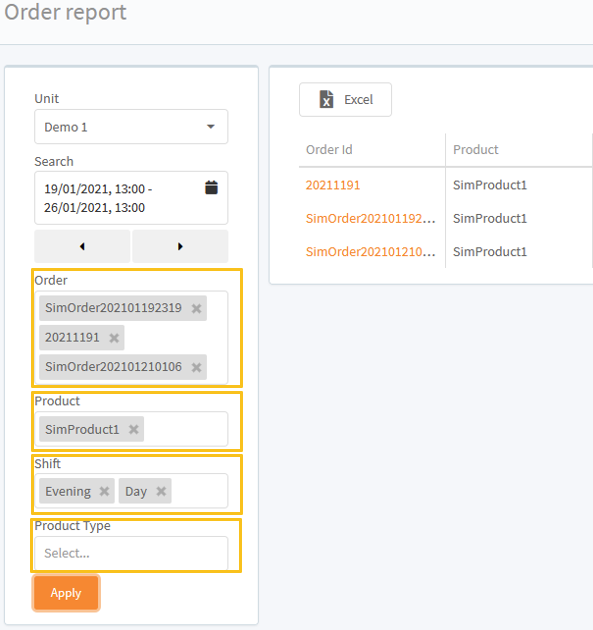 7. When starting or changing an order have a filtered product list by adding products to a unit 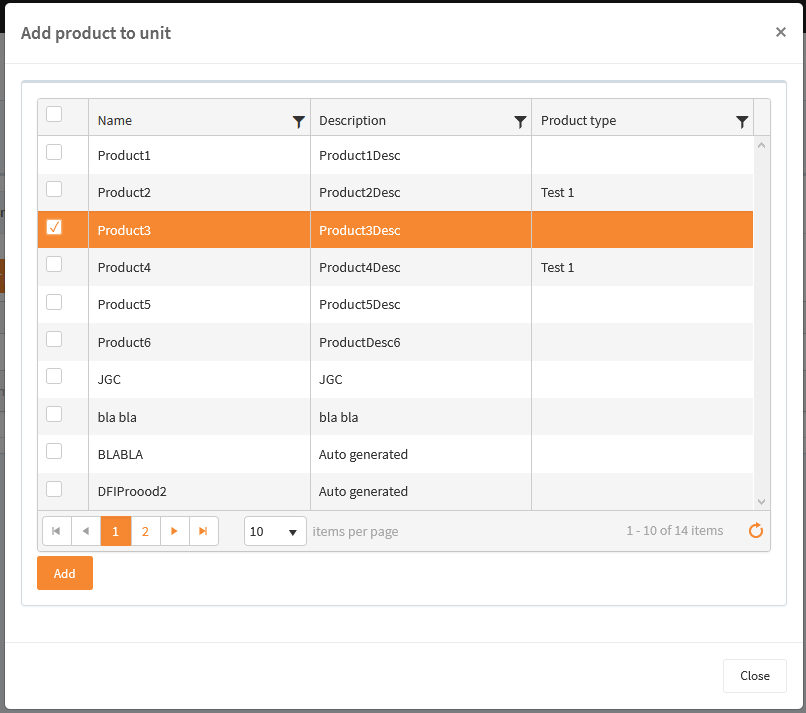 You can also add all products of a product type to a unit: 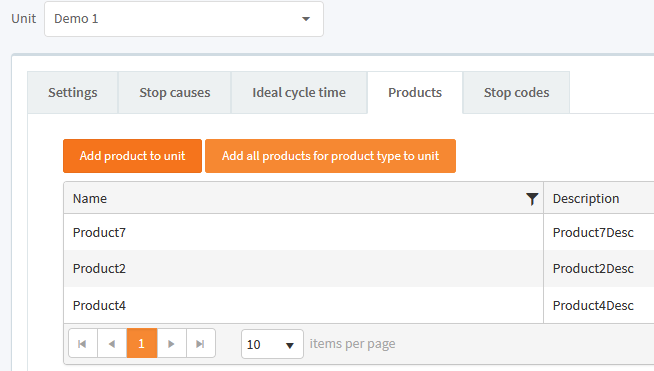 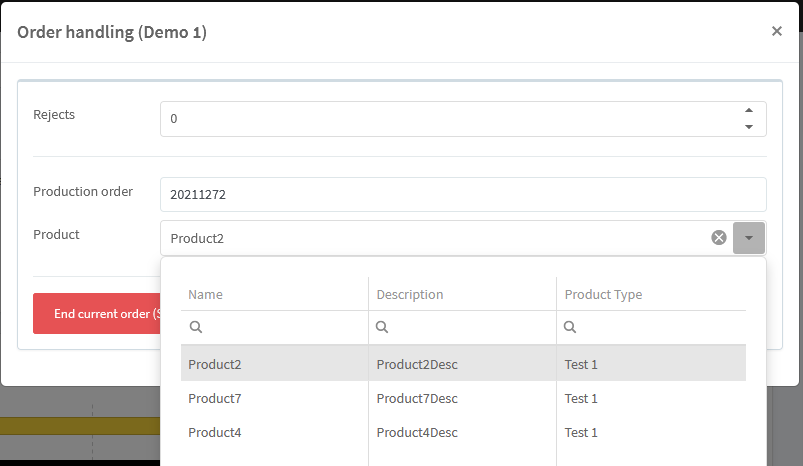 (In Views->Operator, with a View that shows the order window) 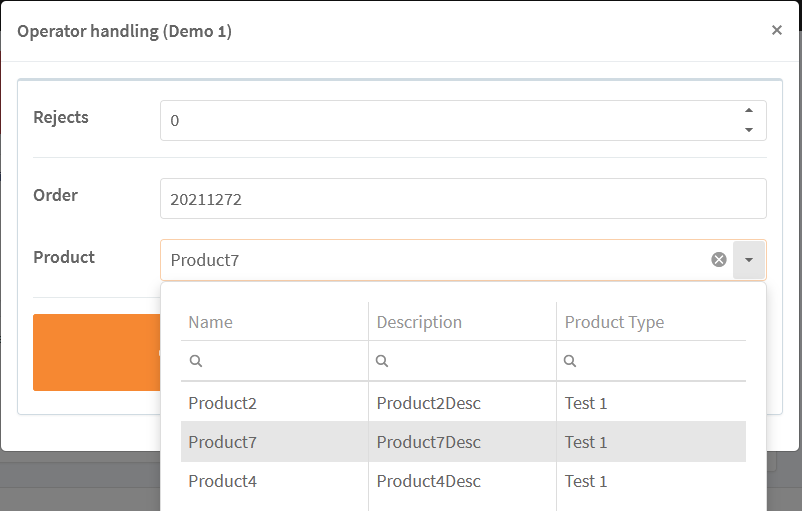 8. Shift schedule plan with 5 minutes resolution instead of 15 minutes 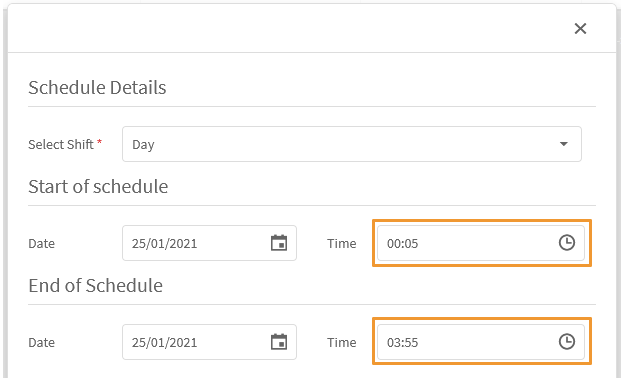 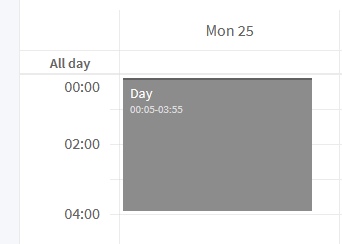 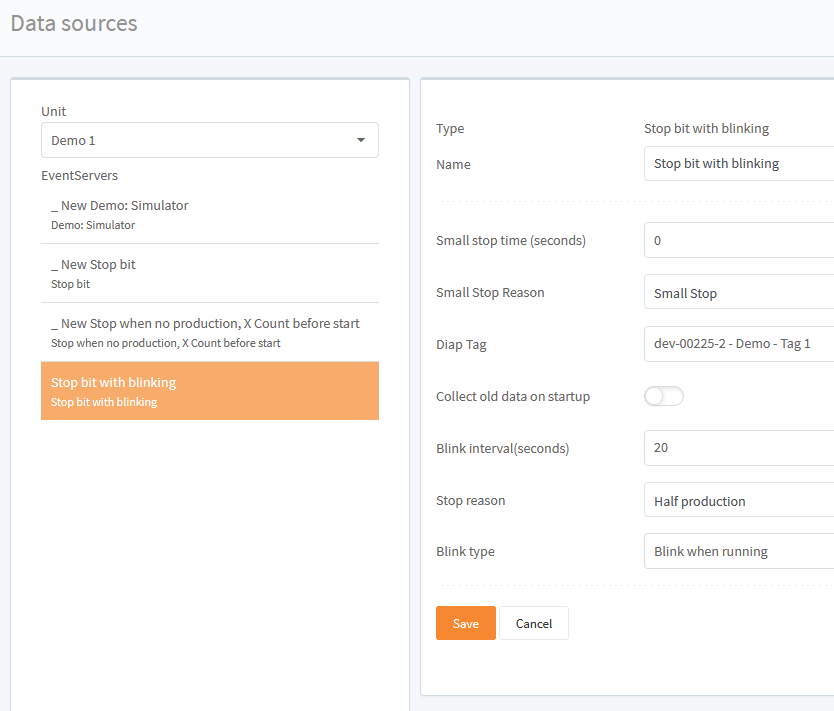